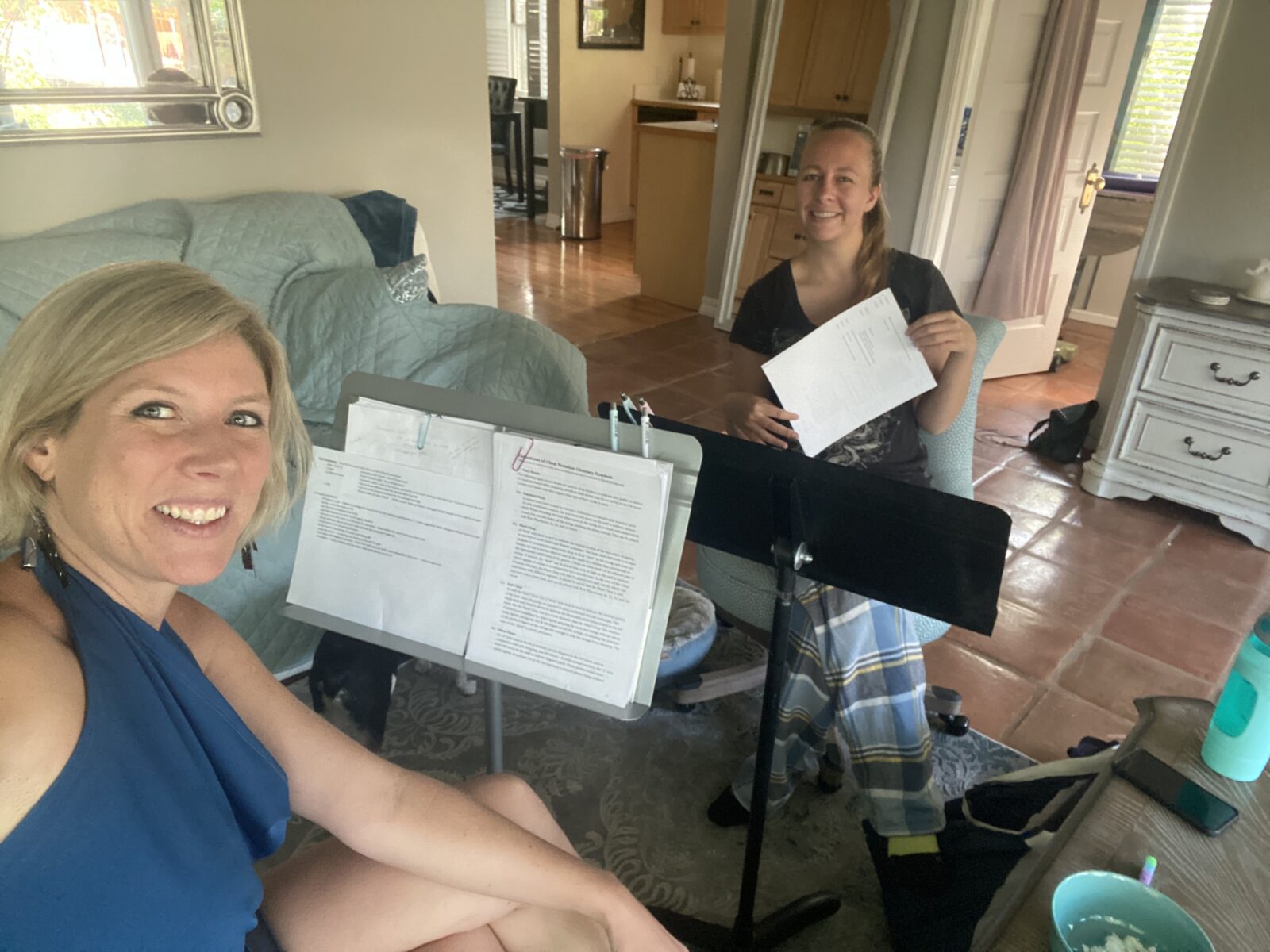 We have plans. We have goals. They may not happen in the time frame we are putting on them but they will happen hopefully sooner rather than later.

Sessions are popping up in backyards and living rooms which has been lovely. It’s been nice re-connecting with friends/musicians that we haven’t seen in over a year! Holly’s been out and about, visiting and playing sessions in Port Townsend, WA. I have been sticking mostly to Reno sessions for now because of a couple other creative projects I’m working on…more on that later 🙂

Last Thursday Holly and I got together at my house for an arranging session and spent a wonderful 8 hours “in the flow.” It felt soooo good being creative together again….we figured out it’s been over a year since we got together to arrange!

We put together 2 tracks from start to finish of our 12 planned for our next cd of Irish tunes. The plan is to meet once a month till the end of the year, get a couple more tracks finished and then maybe do an arranging weekend or 2 in January and finish it up.

If all goes as planned we’ll be able to pull off another 2019 where we arranged, recorded, memorized, and performed our Scottish cd all in one year

And this time around we hope to add in a house concert tour! Yes, we’ve been talking about it for 2 years now but are really hoping that things will be back to normal by the summer of 2022 to give it a go. I’m looking forward to learning the ins and outs of putting something like that together and then doing it…very exciting!